There’s no doubt that we’re moving from an era powered by fossil fuels to an era powered by electricity. This shift has enormous investment implications, as well as benefits and risks, for the wider environment. Electrification of transport, including electric vehicles (EVs), is an important part of the evolution to a decarbonised world.

Spurred on by increasing regulation, a shift in consumer preferences, dedicated and disruptive start-ups in pure-EV, and the overarching environmental crisis we face – major automakers are aiming for half of new sales to be electric by 2030 1 . It’s likely that this goal will squeeze the current global battery supply which means investments in battery technology becomes vital. In fact, according to Morgan Stanley Research, batteries as an investable theme could surpass $525 billion by 2040 2 . They add that multiple sectors can benefit from this theme, including cell manufacturing, specialty chemicals mining, equipment and components, machinery, and even packaging 3 .

Currently, the main technologies for EV batteries come in the form of lithium-ion and lithium-iron phosphate (or LFP). Companies are investing in the creation of new technology to bring down costs and battery weight and to increase EV range. We’re already seeing exciting advances in the field of battery technology. For instance, by adding sugar, the team at Monash University has been able to stabilise lithium-sulfur (Li-S) battery technology 4 . This advance in battery technology could yield better performance and less environmental impact compared with current lithium-ion batteries. This technology is on the verge of being commercialised.

Sodium-ion is another alternative being developed. Although it has its own downsides, it holds up well in cold climates and doesn’t use lithium, cobalt, or nickel so is cheaper and more plentiful. As investments and advances in hydrogen take hold, hydrogen fuel cell vehicles may also provide investment opportunities. Of particular interest is green hydrogen, which is hydrogen produced using electricity from renewable sources. McKinsey estimates that hydrogen has a key role to play for medium- and heavy-duty trucks and by 2035 there could be as many as 850,000 hydrogen-fuelled trucks on European roads 5 .

Given demand, and increasing innovation, investment opportunities are presenting in a number of geographies, such as China and South Korea, as well as the US and Europe. China and South Korea, especially, are both leaders in battery technology, in stationary energy storage, battery components, and the associated infrastructure such as charging stations 6 . As an example, the world’s biggest supplier of batteries to the auto industry, based in China, has recently innovated with its own battery technology – it now achieves the world’s highest volume utilisation efficiency of 72% and an energy density of up to 255 Wh/kg, which, according to the manufacturer, can easily deliver ranges of over 600 miles 7 .

For an investor looking to increase exposure to electrification, especially battery technology, there are plentiful opportunities. But as is often the case with any investment, there are risks associated with these products and services. The increasing need for rare earth minerals and mineral extraction raises critical questions around environmental and human rights abuses 8 . Research is critical for investors, in order to eliminate these risks at best, and, at worst, be aware of them and move to fully address them. As an example, ensuring that extraction in places such as the Democratic Republic of Congo (DRC) takes place in a fair and socially just manner is important. This way, the poorest also benefit from the shift beginning to occur in electrification and the environment is protected in the pursuit and extraction of those minerals. The circular economy and battery technology innovations that, for example, bring down the weight of electric vehicles, and increase battery efficiency and range will be an important part of the transition. It will also help reduce other types of automobile pollution including rubber pollution from car tyres.

There are investment opportunities arising from the huge shift toward electrifying transport and the associated battery supply chain. However, to keep within planetary boundaries and continue building a sustainable economy, it’s important to avoid the pitfalls of substituting one consumer led model for another – without considering complementary, and sometimes competing, measures and systems. Therefore, looking at the bigger picture and contextualising solutions within a much wider frame for society is important. Opportunities exist, for example, incentivising mass transit, particularly rail, use of cars without owning them, car sharing, as well as more circularity built into the way we travel. It’s through both advances in battery technology to drive more electrification, coupled with a mindset shift in how we travel, that can ultimately help us build a sustainable and fair economy for all.

Should I stay or should I go? The divestment debate 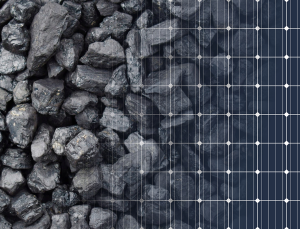 Time in vs timing 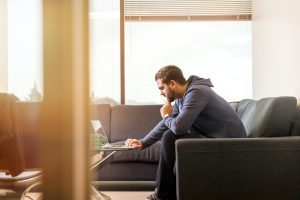 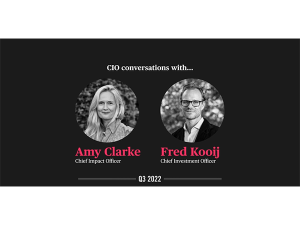